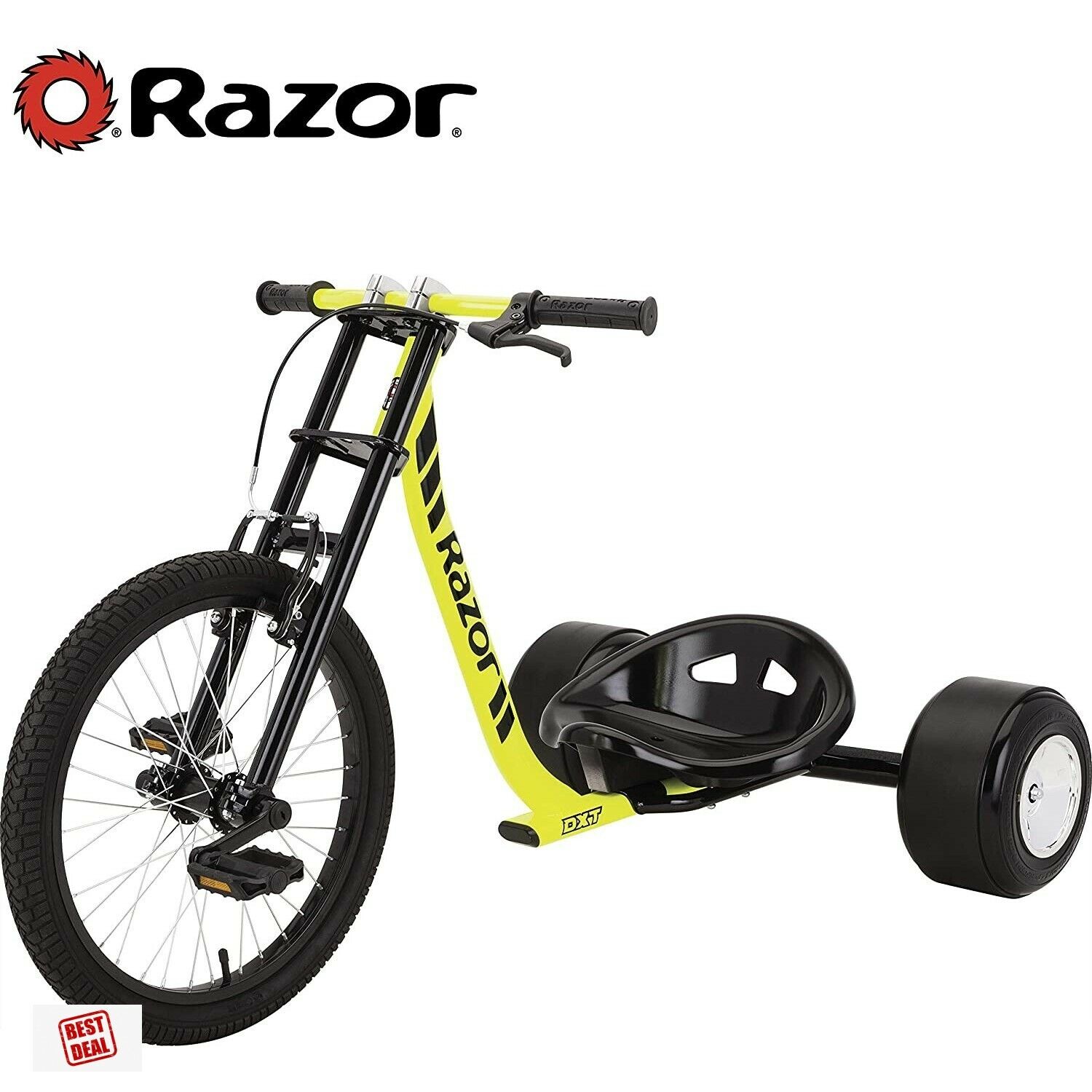 The Big Wheel tricycle is considered a must-have for many parents hoping to instill the love of bike riding in their children. The company has been providing bikes to youngsters since the late 1960s, making them a well-known and popular toy both in bicycle collecting circles and with parents hoping to provide their children with a classic toy that is safe and fun to ride. The distinct body style makes the big wheel stand out in any collection, and making it a staple in pop culture.

Big Wheel has undergone several leadership changes as the company faced financial trouble throughout the 1980s and 90s. With each change in leadership came a change in tricycle models, giving each era a distinct look and feel that cannot be replicated. Most recently, the Big Wheel tricycle reappeared in sales circuits in 2003, producing their classic lines from the late 1990s.

A Big Wheel tricycle is most well-known for its design that sits low to the ground, providing a safe alternative for children who are just learning to ride. There is no need to worry about holding their balance because the seat is only a few inches high. The oversized wheel in front gives the tricycle a motorcycle feel that has always been popular with young riders.

The frame and wheels on a Big Wheel are entirely made of plastic, which is a unique twist on the classic tricycle. Those interested in purchasing a vintage model for their collection will see the most value if they manage to purchase a version that is not faded or cracked. Purchasing from reputable dealers such as eBay can help buyers find a Big Wheel tricycle that is worth the price.

Did you know that thanks to its rich heritage, the Big Wheel Tricycle has been inducted into the National Toy Hall of Fame based in New York? It was voted into the Hall of Fame as a tribute to its historical status as the most iconic children’s tricycle ever – one that inspired copycat designs among vintage tricycle manufacturers everywhere.

If you buy your child a vintage Big Wheel Tricycle, tell him that he’s now in possession of an item that is in the National Toy Hall of Fame!

Most Big Wheel models were created in different color schemes to suit different genders and interests. For example, My 1st Big Wheel was initially produced with a yellow and red frame with black wheels, but it was also produced in patriotic colors. This frame style was also released as the Lil’ Princess with purple tires and a yellow and pink frame.

Many Big Wheel models were created in conjunction with the Hot Wheels toy brand. Each of these features a red, white and blue body that matches the classic paint job on a Hot Wheels car. Many also include decals on the seat and frame that match those produced for the toy brand, leading to an increase in popularity for male riders.

A classic Big Wheel tricycle is considered a stable for most parents and tricycle collectors. In spite of the company’s financial difficulties, these brands manage to remain popular amongst collectors and riders, making new models relatively easy to find. Collectors can purchase remanufactured versions of the original body styles or vintage versions that have been painstakingly kept in storage. Due to the economically design Big Wheel was known for, it is typically easy to find an affordable version of this classic bike from a variety of retailers across the web.